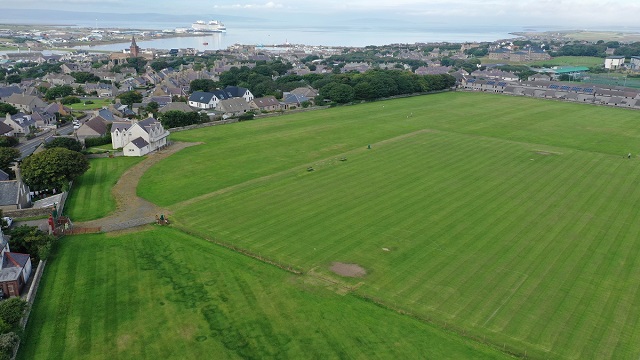 Orkney Islands Council resolved today to fund the full cost of constructing a roadway in Bignold Park to enable year-round use by the community.

The decision at today’s Special General meeting gives the green flag for a roadway to be built providing access linking up the gates at the main entrance on Bignold Park Road to the housing area in Meadowbank, and a section alongside the playing field area.

The report had originally recommended that Council contribute 75% of the expected costs, up to a maximum of £57k, alongside a 25% contribution from the Orkney Agricultural Society.

However, Councillors voted 10 to 7 to cover the full costs, up to £76k based on estimates provided to the Orkney Agricultural Society for a road to the Council’s specification.

Speaking after the meeting, Convener Harvey Johnston said: “Today’s decision is one which will vastly improve the accessibility, ground conditions and enjoyability of the Bignold Park year round, for the enjoyment of all, and will provide convenient, safe links to two of Orkney’s biggest schools and to the nearby housing, away from busy roads. It is a sensible use of the Common Good Fund in what is Common Good Land, handed to us in times past for the enjoyment of the Orkney community.”

The Council also agreed to embark on public consultation on how best to develop the Bignold Park for future community use.

Bignold Park was gifted to the Provost, Magistrates and Councillors of the City and Royal Burgh of Kirkwall in 1906 and 1911 by Sir Arthur Bignold as a public park for the use and enjoyment of the community of the Burgh of Kirkwall, with the remainder being acquired by the Council over subsequent years. It is popular with dog walkers, pupils at the nearby schools and as a short cut to ‘the toon’. It’s also regularly used by sporting clubs and, for one week a year, by the Orkney Agricultural Society for the County Show.

OIC's contribution of the full construction costs, to a maximum of £76K, will be met from firstly the Common Good Fund (£57K) and, if necessary, the Capital Fund (£19K).