HMS Vanguard suffered a series of on-board explosions shortly before midnight on 9 July 1917, as she lay at anchor in Scapa Flow. She sank almost immediately with the loss of all but two of the 845 men on board. The catastrophic loss of HMS Vanguard, a dreadnought battleship which had seen action at the Battle of Jutland, is one of the most tragic accidents in the history of the Royal Navy. 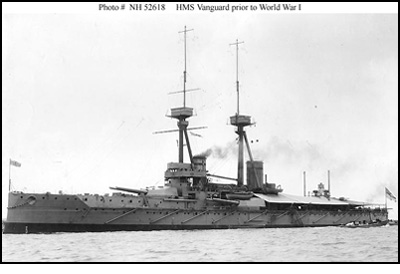 The centenary of the loss of HMS Vanguard will be commemorated on Sunday 9 July. The itinerary is currently being finalised. It is likely to include a service at sea and a service at St Magnus Cathedral. We will update this information shortly with further details. In the meantime if relatives, descendants and others would like to be part of the commemoration, we would encourage you to start planning your trip to Orkney.

Information about travelling to Orkney and about accommodation in the islands can be found on the Visit Orkney website available from the 'Related Sites' section of this page.

A century ago, Squadron Commander Edwin Dunning became the first pilot in history to land an aircraft on the deck of a moving ship. The feat was achieved on 2 August 1917, when Dunning’s Sopwith Pup touched down on HMS Furious as she steamed through the waters of Scapa Flow. It was a huge achievement of great significance to the Royal Navy, pioneering the future development of aircraft carriers. Tragically, Dunning was killed five days later when attempting another landing at sea. 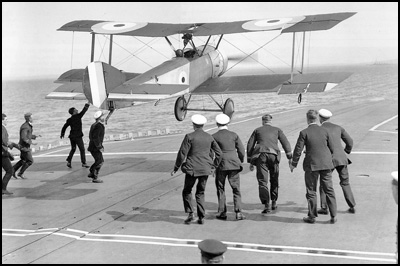 Remembering Dunning’s historic touch down in Scapa Flow is particularly significant in 2017, with the Navy’s new aircraft carrier, HMS Queen Elizabeth, due to begin sea trials later this year. We will provide further information shortly about how his feat will be marked.