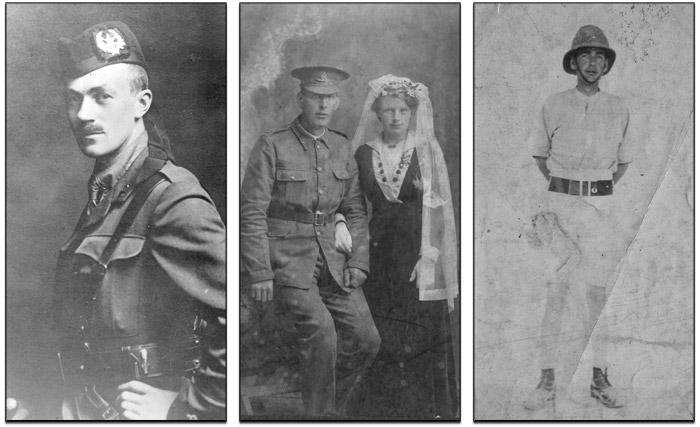 Orcadians in the trenches – the War on Land

The summer exhibition at the Orkney Museum tells the story of Orkney men who fought in the First World War.

‘Orcadians in the Trenches: the War on Land’ explores the WW1 experiences of several local men.

Through stories told either in their own words or by members of their family, it gives a brief glimpse of the terrible conditions that the soldiers had to endure while on active service, from the cold, wet, rat and lice infested trenches of France and Belgium to the baking heat of the Middle East and Asia.

The exhibits on display are on loan from the families of the servicemen following an appeal for artefacts and stories launched by the Orkney Museum in March this year. Most of them have never been exhibited before.

Tom Muir, the Exhibitions Officer at the Orkney Museum, is pleased with the outcome of the appeal.

He said: “This exhibition touches on the lives of the Orkney men who volunteered or were conscripted into the army in World War One.

“Nothing could have prepared them for the brutality of the Western Front, where you constantly lived under the shadow of death. Shell fire or snipers could end your life at any moment and you were always awaiting the order to go ‘over-the-top’.

“This exhibition could have been staged in so many countries all over the world; suffering has no respect for boarders or nationality. This is a commemoration of the generation that were the first to endure mechanised slaughter on an unprecedented scale.

“I hope that these men’s stories and the mementos that they have left behind will make the visitor stop for a moment and reflect on the enormity of war.”

‘Orcadians in the Trenches: the War on Land’ opens on Saturday May 2 and runs until Saturday October 3. The Orkney Museum will be open, May to September from Monday – Saturday, 10:30 – 17:00. Admission is Free.

In the photos on this page, the first photo is of the well-known painter, Stanley Cursiter, who served on the Somme with the 1st Battalion of the Scottish Rifles – the Cameronians, before being transferred to the Field Survey Battalion where he devised a way of making accurate maps of enemy trenches more quickly than before, using aerial photographs. Credit: Image courtesy of Orkney Library and Archive.

The other two photos are of William Laughton, The Greens, Toab, who served with the Orkney Royal Garrison Artillery at Holm Battery before being sent to guard the NW Frontier between Afghanistan and India (now Pakistan). The wedding photograph was taken in 1915 before he was posted away; his bride is Maggie Jean Spence from Smiddybank, Deerness. Credit: Images are courtesy of William’s granddaughter, Norma Campbell, Stirling.