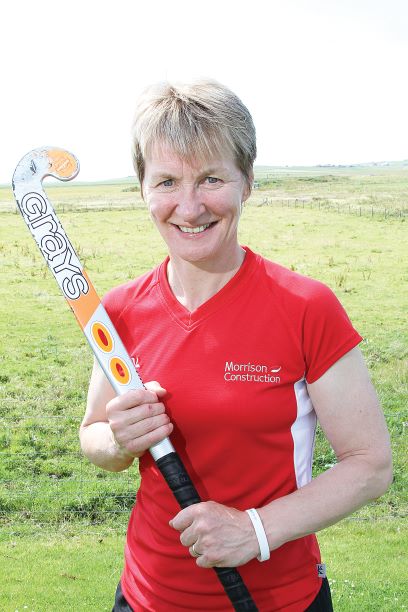 A well-known Hockey and Netball athlete, Shona started her sporting career at the age of 12 playing Hockey for Dounby Athletic Club. Since then she has been, a pivotal figure in women’s sport in Orkney and has represented Orkney for four decades.

As a junior she participated in the Orkney and Shetland junior inter-county in both netball and hockey, captaining both sides in the 1980 clash. She also had the honour of being overall captain. She received her first cap for the senior inter-county team in the same year.

In 2004 Shona won the veteran sports woman of the year while still actively playing hockey and netball.

She also represented Orkney in the Scottish Hockey District Cup, achieving 2 winners medals, as well as participating in and winning Netball Scotland’s Evelyn Beattie Quaich in 2010.

Shona’s involvement with sport doesn’t stop as a athlete, she also has turned her passion to umpiring and coaching, achieving her C hockey badge as well as coaching: primary netball and rugby, Dounby hockey team and junior inter-county hockey.