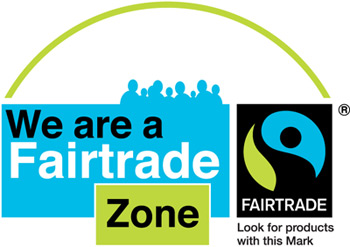 In 2010, Orkney Islands Council passed a Fairtrade Resolution which says:

Orkney Islands Council aims to be recognised as supporting and promoting the principles of Fairtrade through demonstrating a commitment to supporting fair and sustainable development.

To this end, Orkney Island Council resolves to:

Since then Orkney Islands Council has been supporting the work of the Orkney Fair Trade Group which achieved Fairtrade Zone status for Orkney in February 2014.

The Fairtrade Foundation awarded the accreditation to the islands in response to campaign led by the Orkney Fair Trade Group with the backing of Orkney Islands Council.

The campaign has been praised by the Foundation for promoting Fairtrade alongside locally-produced goods across the county.

For more information on the work of the Orkney Fair Trade Group, visit the website available from the 'Related Sites' section of this page.

You can also visit the Fairtrade Foundation website from the link in the 'Related Sites' section of this page.

What is the Fairtrade Foundation?

What is Fairtrade and what has it achieved?

What has OIC done for Fairtrade?

How can a small place like Orkney make a difference to people living so far away?

What’s the uptake of Fairtrade in Orkney?

How can I help?

What is the Fairtrade Foundation?

The Fairtrade Foundation was established in 1992 and is the independent, non-profit organisation that licenses the use of the FAIRTRADE Mark on products in accordance with internationally agreed Fairtrade standards.

What is Fairtrade and what has it achieved?

2014 marks the 20th year of Fairtrade in the UK and the organisation now works with more than 1.3 million farmers across the globe – helping them receive a fairer price for the work they do.

The aim is to make sure farmers and workers are not exploited, have better working conditions and earn a bit more – at least enough to put food on the table, give their children an education and shelter, and have the opportunity to access medical care.

In the past 20 years the number of Fairtrade products available in the UK has risen from three in 1994 to more than 4,500 today, and now includes everything from chocolate and coffee to Fairtrade gold, silver and platinum.

Awareness of the FAIRTRADE mark is now at 78 per cent in the UK, with sales reaching £1.5 billion in 2012 – showing consumers are more ethically minded than ever.

According to James Mwai, the Acting Executive Director of Fairtrade Africa, the benefits of a minimum price include the fact that it “cushions producers from volatile markets, allows them some predictability about their cash flow and incomes, which allows them to plan at a household, community and organisational level - things you and I take for granted”.

Fairtrade ensures farmers not only receive a fairer price for their hard work, but that they also get the Fairtrade Premium – a sum of money paid on top of the minimum price, to be used for investing in social, environmental or economic development in their own community.

In the past the premium has been used to build schools, hospitals and boreholes for fresh water, as well as business investments which help farmers to diversify or make environmental improvements.

In some countries, Fairtrade Premium far outweighs government spending at that level. It is the lasting legacy of Fairtrade, as it can be handed down from generation to generation, said James Mwai.
This transforms families, he added. Among the results is the construction of schools. In turn, this has given more women the chance to gain an education.

What has OIC done for Fairtrade?

All of Orkney’s schools raise awareness about Fairtrade. Some have already achieved Fairtrade School status. Others are working towards it.

For example, under the banner, Going Further for Fairtrade, Kirkwall Grammar School staged a host of events during a two week period last year.

Teacher Theo Ogbhemhe, who is leading efforts to become a Fairtrade School, said:  "In order to stop child labour and unfair trade in developing countries we need to come together to raise more awareness.  At KGS, we can help raise awareness in many ways.

“The school has been decked-out with balloons and posters proclaiming support for Fairtrade and outlining why they feel we can do more to help farmers and producers to get a fair deal for their hard work - and how this can help ensure the produce we buy is safe, healthy and sustainable.”

The Social Subjects department held the KGS Big Fairtrade Bake-off - a baking competition with a conscience, because all of the entries contained Fairtrade ingredients.

During the 2013 Fairtrade Fortnight, Pimjai Intanang and Wipa Slabsang, from the Y-Development crafts co-operative in Thailand, visited Stromness Acadmey to meet and talk with pupils. Stromness Academy pupils have also been learning about Fairtrade and various Fairtrade initiatives.

How can a small place like Orkney make a difference to people living so far away?

Fairtrade has grown over the years thanks to grassroots supporters across the UK. Campaigners on the ground have been vital to helping attain some of the Fairtrade Foundation’s biggest achievements since 1994 – thanks to talking to shop managers, campaigning for change and passing on the Fairtrade message to friends and family.

Fairtrade zones, towns, cities, schools, universities and faith groups are vital to achieving Fairtrade’s goals, regardless of the population.

What’s the uptake of Fairtrade in Orkney?

All over Orkney there are cafes, restaurants and hotels serving Fairtrade tea, coffee, hot chocolate and sugar.  And in Westray there are no fewer than eight tourist accommodation providers who supply Fairtrade welcome packs in their bedrooms or self-catering kitchens as well.

The Group’s chair, Gill Smee, said: “In Kirkwall and Stromness, in rural parishes and the isles, a huge range of Fairtrade products are available – everything from blueberries and basil, to roses and rubber gloves.”

How can I help?

You could shop at Fairtrade supporting local stores and look for the Fairtrade mark on products in supermarkets. You could follow the example of OIC staff who take up the challenge on Friday January 25 to eat at least one item of Fairtrade or locally-produced food. You could go one step further and eat exclusively “local and fair” throughout a day. For example, you could have a day like this: