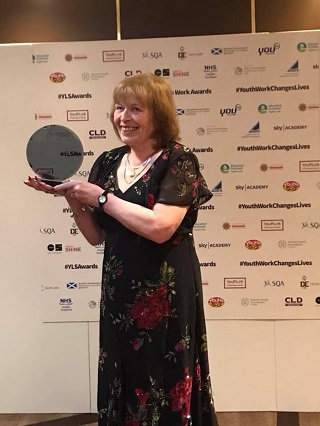 Sometimes in life you get that special someone who quite simply epitomizes community spirit. 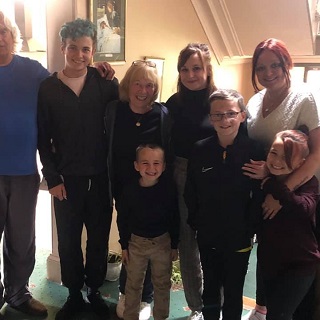 That someone is Maureen Herdman - one of our own youth and family learning workers here at the Council – who has “volunteer” running through her bones like a stick of rock!

It would be much easier to list what she doesn’t do, than what she does… but we are going to give it a go for Maureen has made a huge difference to the lives of many folk, young and old, here in the county.

Maureen has over 30 years’ experience as a Youth and Family Learning Worker and Award Group Worker/Moderator working in conjunction with many partner agencies to promote the wellbeing of young people. She works alongside Youth Clubs, schools and Police Scotland Youth Volunteers’ Group, delivering the likes of First Aid Ready, Confidence to Cook, Dynamic Youth and Hi5 training.

“I have the best job in the world!” Maureen says passionately. “I get to see young people progress from being young, unsure kids into confident young adults. Overcoming fears, gaining awards and now seeing a good few coming into Youth Work as a profession - there is nothing quite like it. I now have children coming to Youth Clubs when at one time I also had their parents! Maybe it’s time I retired? But for purely selfish reasons I stay.

“I certainly would encourage anyone to get involved with Youth Work. These young people are not just our future they are the present as well. They are getting far more opportunities to be involved in decision making, for the country and our future than ever before, and are making their mark on the whole community. 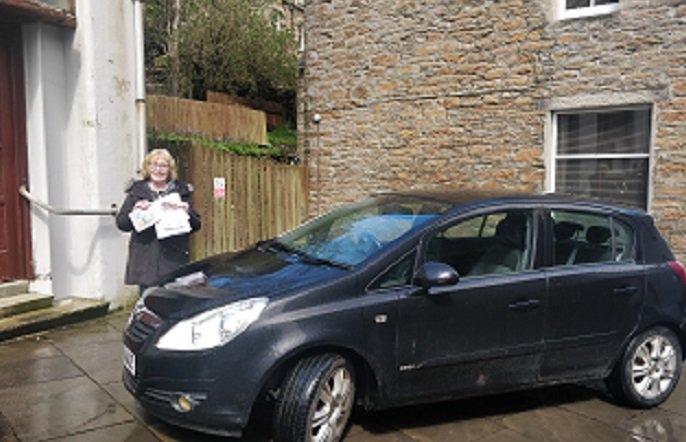 “We should be so proud of our next generation. I feel privileged to be working with the young people in Orkney. No matter where I have taken them in the world, they have been commended on their manners and behaviour. This is thanks to the community we live in, and, of course, their parents.”

Maureen’s exemplary work has been recognised nationally and she was presented with a lifetime achievement award in Glasgow in 2018 by the Lifetime Achievement Fellowship of YouthLink Scotland for her “tremendous impact on the lives of young people”.

It is this commitment to young people that saw her particularly miss the face-to-face interaction during the lockdowns.

“It was very frustrating for the young people I work with and for us as Youth Workers, who are so used to working face to face in an informal setting. To start with the young people got involved with online projects but by the time of the second lockdown they were losing interest. 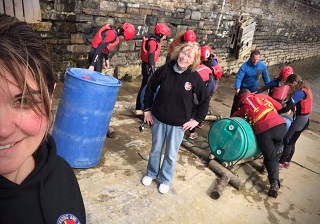 “They were very fed up with everything being online and had enjoyed a few weeks of face to face work. They took it far harder the second time round. Thankfully we have started up again, all be it with restricted numbers, but the membership in all areas of our work has grown considerably.”

Maureen, who is an adopted Stromnessian having lived there for around 40 years, is particularly well known around the West Mainland for all her volunteering work – in fact it was volunteering that led to Maureen’s career path with young people.

Initially, Maureen started out as a volunteer at Stromness Youth Club, before being offered a part-time job. Sometime later, she applied and was successful in getting a job with Youth Scotland and was offered part-time work with Community Learning and Development at Orkney Islands Council.

Maureen has been a committee member and volunteer with Stromness Shopping Week for many years and was honoured to be asked to open the event two years ago. She was keen to get some of the young people involved and encouraged them to help out at events as well – they are, after all, the next generation to ensure its survival in the years to come.

Maureen has trained as a volunteer community First Responder in the West Mainland so can be called upon to attend at certain types of emergency calls in the area. The aim is to reach a potential life-threatening emergency in the first vital minutes before the ambulance crew arrives. Her role is to help stabilise the patient and provide the appropriate care until the more highly skilled ambulance crew arrives on scene to take over the treatment. 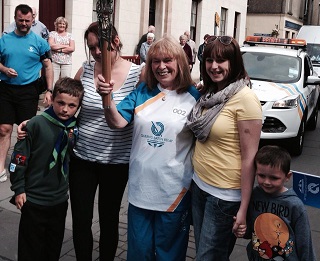 She is also an adult volunteer in the Police Scotland Young Volunteers’ Group in which she supports young volunteers at community events.
Maureen is a keen pool player and has represented the West on many occasions. She is also treasurer of the West Mainland Pool Association.

A Stromness British Legion committee member and treasurer of the Orkney Blues Festival, Maureen is hopeful that they may be able to hold a music event this September, depending on the Government restrictions at the time.

A board member of Youth Scotland, Maureen was invited to the Queen’s Garden Party at Holyrood for service to the community where she met and spoke to a “very handsome young man called Prince William”. More recently she had the honour of being a Queen’s Jubilee baton bearer in Stromness for her work with youngsters.

“What a fraud I am! Getting recognition for doing something I love seems wrong somehow, but I have still been very honoured all along the way, whether it is local or national recognition.”

The list goes on….for Maureen has been a dedicated fundraiser over the years...she joked that people regularly crossed the street to avoid her because they knew that she would be able to persuade them to help her with some new idea!

Just to give you an idea, Maureen managed to talk an Aberdeen supporter, a Hibs fan and a Celtic supporter into helping out at a race night for the Rangers’ football team!

“I think that took some doing – but we all had a laugh, the way it should be with football!”

The fundraising all started with Maureen Dennison in the Ferry Inn doing the Fairytale Lunches and Children in Need, raising money for various causes.

As you can see Maureen is passionate about many good causes across Orkney, but her work with the younger generation is something that remains a constant in her life and theirs.