Once in a lifetime chances for some instrumentalists

Once in a lifetime chances for some instrumentalists
20 May 2021 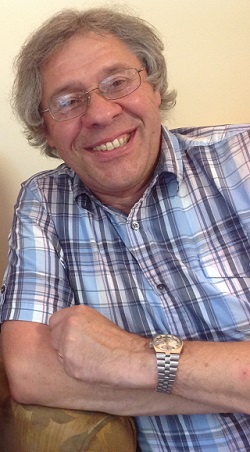 I took over from Penny Aberdein as Principal Teacher of Expressive Arts after some years as an itinerant drama specialist and ten years of teaching English and Drama in Westray. Although I had a lot of experience as a peripatetic teacher, I had lots to learn about the Expressive Arts service and managing a team of over 20 specialists.

I discovered a hugely impressive service, covering all of Orkney’s smaller island primary and junior high schools and mainland primaries. Well-established teams of PE, Music and Art teachers travelled all over by car, boat and plane and a talented team of instrumental instructors delivered lessons in brass, strings and woodwind to as many pupils as possible. Their work was supported and supplemented by the music teachers, some of whom introduced percussion as part of their curriculum. Pupils over the P4 age were able to receive tuition in brass, strings or woodwind depending upon the size of the school.

My best memories are of collaborative projects which brought together class teachers, music teachers, instructors and sometimes Art and PE staff.

Some of our most able instrumentalists were able to take part in a once in a lifetime chance to play side by side with the BBC Symphony and Scottish Symphony Orchestras as part of successive St Magnus International Festivals: an opportunity not available to many young players in the UK. A never-to-be forgotten sight was one of our violinists given the task of tuning the entire orchestra at the start of a concert.

Arts education in Orkney’s smaller isles schools had its own challenges, but the headteachers, music staff and instructors often came together on collaborative projects on themes which they had explored in class and then presented to an audience. Later, a Peedie Orchestra was formed, giving all small isles pupils a chance to perform with others after a day’s rehearsal in the town.

We were also involved in a number of projects to bring music education to children with special educational needs, using an innovative notation system and specially adapted instruments. Obviously, the learning was really important, but so were the opportunities to compose and present work.

Our instrumental service, in addition to fostering the obvious musical skills helps children develop self-confidence and self-discipline. It fosters cooperation between groups of students. The success achieved by both our most able pupils is a testament to the skill and dedication of our instructors, but so too is the immense pleasure of some of our youngest students when they realise what they can achieve on their chosen instruments.

Orkney should be justifiably proud that a fifth of school-age youngsters are able to take up an instrument, one of the highest figures in Scotland. A steady stream of players has entered the Royal Conservatoire of Scotland and have achieved the highest grades possible. Many have performed in national ensembles and festivals. But every bit as memorable has been the sight of very small children picking out a simple tune on their fiddle before an audience.

It was a privilege to work with this talented and dedicated team. Orkney folk are rightly proud of their achievements and should be doubly proud that, in difficult economic times, this service has remained free.