Penny Aberdein shares some thoughts and memories from her time with the Orkney Instrumental Music Service from 1998-2008. 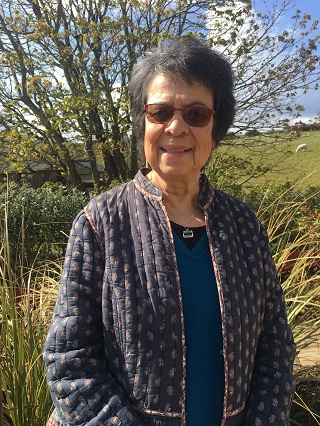 When I started working in the Orkney Schools Instrumental Service, instrumental instruction in brass, woodwind and strings was offered to all Mainland school pupils from P4 upwards. Tuition was free as was the loan of instruments. A group of highly committed instructors visited the schools, during the teaching day. Brass and woodwind instructors ran an after-school band at Kirkwall Grammar School, and strings instructors created fiddle groups including the now well-known Hadhirgaan. In other local authorities, tuition was not entirely free and, in some areas, pupils apart from exam pupils, had to pay for their tuition.

The instrumental instructors encouraged a great many young people to learn an instrument and to enjoy playing for family and friends and at local events. This has been much appreciated by the Orkney community whose love of music and the arts is well known.

When new conditions of service were introduced, which included instrumental instructors, it was possible to bring all the instructors together for regular meetings to share ideas, discuss timetabling and plan events. Two big concerts took place every year, one in October for intermediate pupils and one in February for senior pupils.

There was one unforgettable year when the weather turned very bad during the February course and it had to be stopped and all the children sent home safely. As the pupils were from different schools this took quite a bit of organising. It was in the days before technology existed for group emails etc. However, we got the pupils and the instructors safely home and postponed the remainder of the course to the following week. That was the last course we ever held in February.
The tradition of an instrumental course and concert has grown and developed, resulting in a celebration concert at the Pickaquoy Centre in May every year with 200+ pupils gathered together to play for the Orkney public. This would not be possible without the year-round dedication of the instructors.

We were fortunate enough to get the benefit of new funding from the Government, who realised the value of instrumental music, in the form of the Youth Music Initiative. As a result of this funding the service became truly inclusive and tuition was extended to the pupils in the outer isles. The funding also allowed us to provide percussion tuition for interested pupils with a tutor in Glasgow. A fore-runner of the now comprehensive online tuition offered in these days of a pandemic. We were also able to increase our stock of instruments by purchasing some very fine timpani.

One of the highlights that I can recall was a collaboration with the instrumental service in East Renfrewshire. Together we were able to create an 80-piece orchestra which performed in Orkney and then travelled south to perform in Edinburgh and Glasgow. The East Renfrewshire pupils spent a week rehearsing in Orkney with the Orkney pupils. They stayed at the KGS Halls of Residence and rehearsed at KGS during the day. It was a great opportunity for the pupils to play with other young musicians as part of an orchestra and be aware of the full range of orchestral instruments. They worked extremely hard and performed with confidence and style!

We did this on two occasions, the first in 2006 with a concert at the Picky on Friday 11 August followed by a trip to play in Edinburgh and then at the Royal Conservatoire of Scotland (RSAMD) in Glasgow as part of the National Association of Youth Orchestra's (NAYO) Festival. The second time was in 2008 at the Picky on Thursday 7 August and then in Sanday on Friday 8 August with Peter Maxwell Davies in the audience. He spoke to the pupils afterwards and was delighted with their performance. Needless to say, “Farewell to Stromness” was part of the programme. Following the Sanday performance the combined orchestra travelled south once again to play in Edinburgh and then at RSAMD, as part of the NAYO festival. These were big venues and although some Orkney folk had travelled down to support the pupils there was a large portion of the audience that was a new crowd. A nerve wracking but rewarding experience! The pupils played like professionals.

Travelling 80 pupils, plus staff plus instruments was no easy matter, but we managed it. Not exactly without incident, however! On our first trip all the Orkney pupils and staff were at the ferry terminal ready to board the boat when I got a call from the East Renfrewshire member of staff in charge to say their bus hadn't turned up at the Hostel to pick them up. I frantically rang a few bus numbers and eventually got an answer from the bus depot. A bus driver happened to be passing and heard the phone ring. He commandeered a bus and headed straight to the Hostel to pick up the group and their instruments and food for the journey. I meanwhile contacted the captain, who kindly agreed to hold the boat for the East Renfrewshire party who were on their way by this time.

When they arrived I noticed the East Renfrewshire member of staff in charge, looking a bit dishevelled. The group had put their luggage in the bus and the food in the luggage racks. As the bus set off the food cascaded off the luggage rack and showered the staff member. She was covered in quiche for the rest of the day. The boat headed out of Stromness harbour with pupils and staff and instruments intact and we were in good time for the concert on Monday. I am forever indebted to the skipper for waiting for us.

In the early 2000s I was asked to conduct a Best Value Review of the Instrumental Service to see if there was a more effective and economical way of providing the Service. I am pleased to say that after conducting the review and consulting with staff, parents and pupils it was decided to keep the Service a free provision, on the grounds of equal opportunity for all interested pupils and for administrative reasons. The Service provided a strong and enthusiastic group of staff and pupils who enjoyed playing both in school and the community and whose work enhanced the music curriculum.

The Service has produced many talented and skilful musicians both classical and traditional who have gone on to win awards, including Young Traditional Musician of the Year, play in music festivals and have successful music careers of their own. As the Director of Education said to me when I started my work with the Orkney Schools Instrumental Service, 'It's the jewel in the crown of the Education Service in Orkney'. I have to agree.