Sailing into retirement – after nearly 44 years’ service to OIC 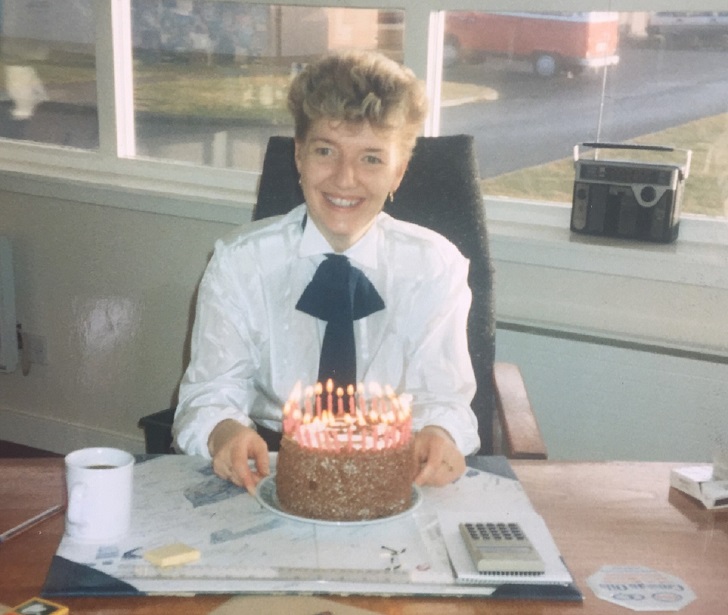 After leaving school Hazel joined Orkney Islands Council Harbours Department on June 28, 1976 as a Clerical Officer - based in the Town Hall, Kirkwall in offices on the first floor overlooking St Magnus Cathedral.

At the time portable buildings were being installed at Scapa, and the department – which then consisted of Director Captain D. O. Robertson, Deputy Director Captain H. A. Banks, Accounts Clerk William Barnett, Secretary Elizabeth Tait and the Craft Superintendent James Mitchell - relocated in December 1976.

That year proved to be a busy one for Hazel and the department with the recruitment of pilot launch staff, marine officers/pilots, engineering and pier staff and tug crews in readiness for the first tankers to arrive at Flotta Oil Terminal in January 1977.

In addition, Hazel had to see to her other duties of processing expenditure invoices, keeping records of all shipping movements and the raising of accounts in respect of all aspects of the Harbour operations.

Hazel watched from the portable buildings as the current premises were erected at Scapa. The official opening was held on August 14, 1980 by Mr J. Doug Ratcliffe, Chief Executive Officer of Occidental International Oil Inc.  The surrounding workshops and stores were constructed at a later date.

She was promoted to secretary in May 1984, then to the accounts clerk in October 1985 and over time to her current position as office manager.

Hazel has been at the helm of the day-to-day running of the administration side of the business at the Harbour Authority Building at Scapa - having served under five directors and the current Head of Service and Harbour Master, Brian Archibald.

Looking back over the years there have been many changes.

Hazel named but a few: “The introduction of linkspans/ramps to the Mainland and island piers (for both the inter-isles and Northern Isles ferries); the arrival of LPG, LEG and Foinaven Oil Field tankers at Flotta Oil Terminal, ship-to-ship operations (crude oil and LNG) and tankers; the original construction of Hatston Pier in the early 2000s and its extension to accommodate the increase of renewable and cruise vessels in 2012.”

“Over the past 44 years, and with all the highs and lows which the oil port has gone through, there has not been a major incident, which is down to the smooth running of the operations and all the invaluable staff that Marine Services have and who I have had the pleasure and privilege to work with throughout my working life.” 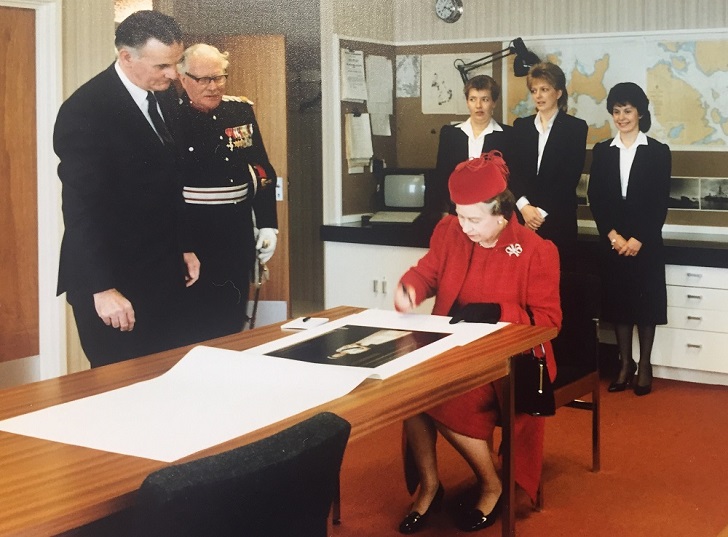 A few notable personal highlights would be, being introduced to the Queen and King Olaf of Norway in August 1987; being asked to take part in the official opening of the Hatston Pier extension in April 2013 and her invitation to a Royal Garden Party at Holyrood House, Edinburgh in 2015 courtesy of a nomination by Brian Archibald in recognition of her services to OIC.

She will miss all the activity and her work colleagues throughout Marine Services when she retires this month (May), although intends to keep busy by working in her garden, walking the dog and taking some well-deserved holidays.

The Council’s Director of Development and Infrastructure, Gavin Barr, thanked Hazel for her sterling service with the local authority.

“Hazel’s long service has marked a very extensive period of history for Orkney for which she has greatly contributed to the overall success of Marine Services over these many decades. I would like to wish Hazel all the very best for a long and happy retirement.”

Paying further tribute, OIC Chairman of the Development and Infrastructure Committee and Chair of the Harbours Sub-Committee, Councillor Graham Sinclair, said: “When I was first elected a councillor in 2007 Hazel was already very much a stalwart of the service and an established presence. I very soon realised she was the ‘go to’ person for any difficult or unusual questions about Harbours as she had, in effect, grown with the service over the years and had a font of knowledge like very few others.

“I am sure that all the many councillors previously who had responsibility for Harbours would join me in thanking Hazel for her outstanding service to the organisation.”

The service has welcomed Karen Ritch into the role.