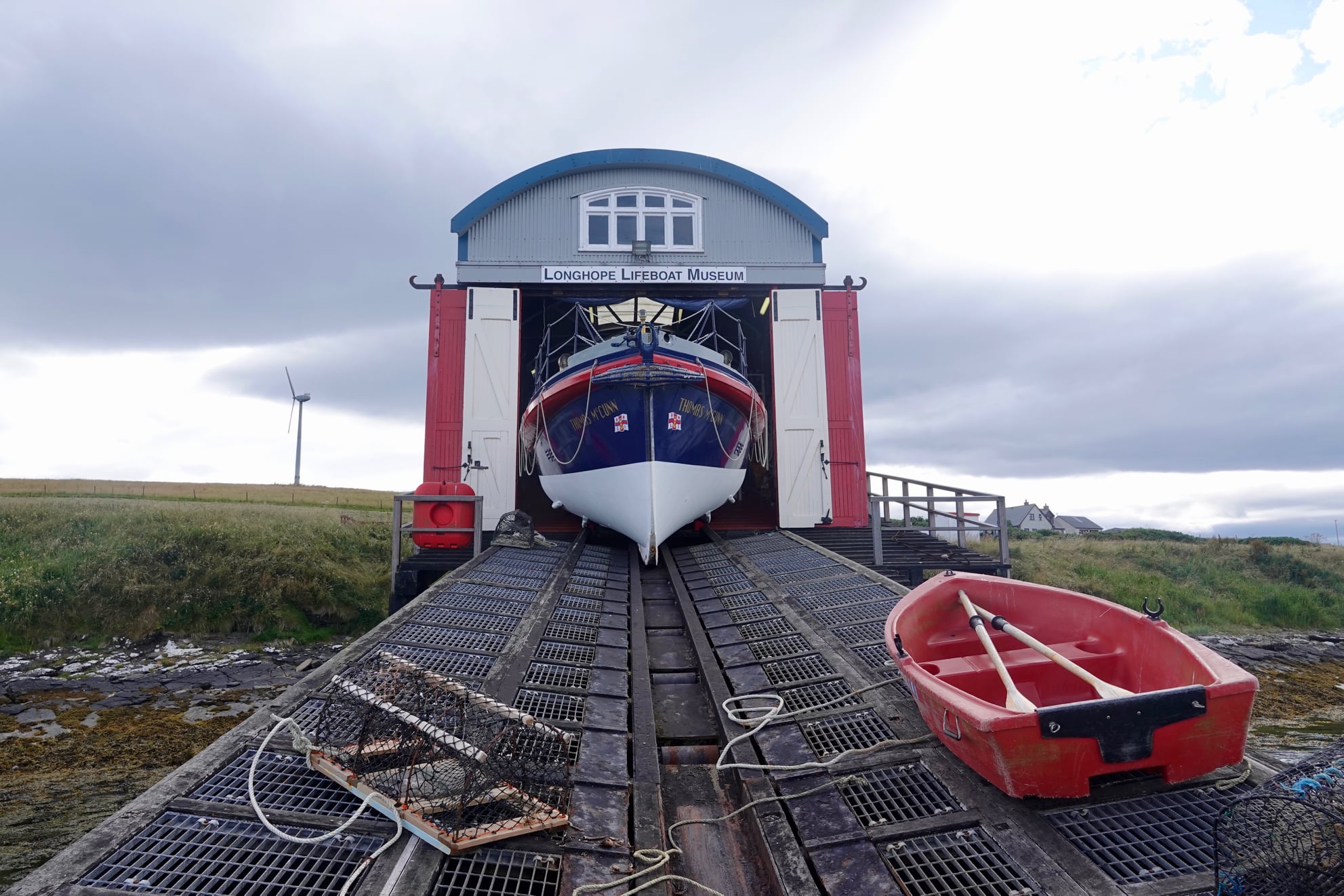 Extensive upgrading work plans for the Longhope Lifeboat Museum moved a step closer this week after Councillors agreed to provide a grant of up to £100,000 towards the project costs from the Council’s Community Development Fund.

The Longhope Lifeboat Museum Trust’s preservation plans for the Museum building and exhibits will cost around £288,000. The Trust plans to contribute around £48,000 of its own resources and they await the outcome of match funding applications.

The Trust secured CDF funding of £2,500 in July 2020 towards a feasibility study into upgrades to the Longhope Lifeboat Museum.

OIC Economic Development Officer, Alister Brown, told member of the CDF Sub-committee: “After an appraisal of the options identified through the feasibility study, the Longhope Lifeboat Museum Trust decided that a suite of upgrades to the museum building, substructure and slipway were deemed the most essential and achievable project to undertake. The Longhope Lifeboat Museum Trust subsequently commenced its search for potential funding for the project.”

“The Longhope Lifeboat Station and Slipway was originally built in 1906 and accommodated lifeboats for 93 years. The lifeboat was launched from the station for the last time in September 1999 and subsequently closed, with the setting up of the Longhope Lifeboat Museum in 2000 and the charitable Trust a year later.

“The Longhope Lifeboat Museum is a category B-listed building, of traditional construction for lifeboat stations of its era. The timber framed building sits on wooden stilts on concrete pads which rest on the seabed. The building is clad in corrugated steel and a wooden walkway links the building to the shore.

“The Museum provides a significant insight into the past of the local maritime community and embodies the importance of the lifeboat service to the local community. The facility predominately includes the former lifeboat shed which houses the former 1932 lifeboat ‘Thomas McCunn’. The museum also houses a wide range of unique exhibits and archive materials documenting the history of the lifeboat service in Longhope. The museum relies solely on public donations and under normal conditions is open all year round.”

Sub-committee Chair Councillor Harvey Johnston said: “The Lifeboat Museum Trust has been in existence for over 20 years and carry out sterling work in keeping the old lifeboat station, which is now the museum, maintained and open to the public.  The building which was built in 1906 is now in need of some structural improvements and it’s really good that we can assist with the costs through the Community Development Fund,  but I must highlight the substantial contribution that is coming from local sources. The events of March 1969 and the devastating loss of the Longhope Lifeboat crew are certainly still etched upon my mind to this very day, as I am sure it will be for many others. I am delighted to be able to support this.”

Council Leader James Stockan added: “As far as this project goes ‘a stich in time saves nine’ – if this work is not done now, I am sure the costs will escalate exponentially. One of the things that is so incredible about this is how a tiny community from around Brims are able to keep and maintain a facility like this – it is an example of fantastic work by a small community.”