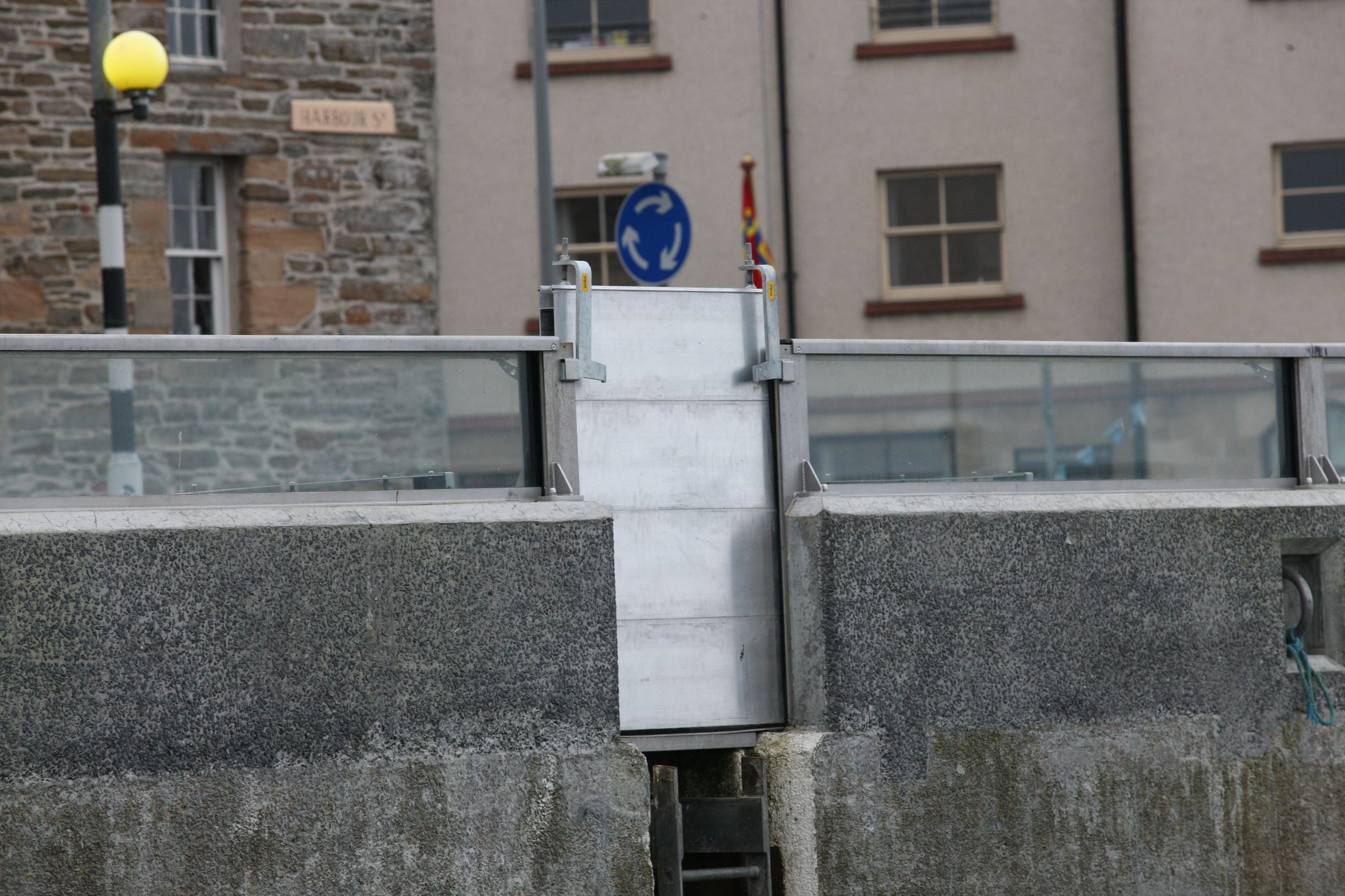 The pre-winter deployment of coastal flood protection systems in Kirkwall, St Margaret’s Hope and Holm will be carried out during an exercise next week (16 and 17 September).

Within Kirkwall the various flood gates will be deployed in sections on Thursday 16 September from 9am. This will have a temporary impact on the Waterfront West-Shapinsay Slip carpark and the wider Kirkwall harbour area, but deployment will be carried out in sections to minimize disruption.

The scheme, built with the majority of costs funded by the Scottish Government, is designed to protect low lying parts of Kirkwall against flooding from the sea.

When forecasts predict there a flooding risk, flood gates will be fitted across gaps in the stone wall along the harbour front - creating a 1.1-metre-high uninterrupted barrier between Ayre Mills and St Catherine’s Place roundabout.

OIC Roads and Environmental Services Manager, John Wrigley, said: “This is an annual trial we conduct to refresh our team’s awareness and make sure the barriers are fit for purpose, should they be needed in earnest. We were unable to carry this out in 2020 due to Covid restrictions, so we are keen to carry out this deployment exercise now.

“When the flood gates are in place there will be an impact on access to Kirkwall Pier and the wider harbour area. It will also affect drivers, who will be unable to move vehicles in and out of the Waterfront West-Shapinsay Slip car park. This impact will be a short duration and we apologise in advance for any inconvenience this causes.”

The coastal flood protection measures will be deployed in Holm at 9am and St Margaret’s Hope at 11am respectively on Friday 17 September. This involves a series of water filled barrier sections and sand bags in the ‘Hope and the positioning of an inflatable barrier and sand bags to seal a gap in the sea wall in Holm village.

Members of the local Police and Fire and Rescue teams will also be in attendance.

Once again, we apologise for any inconvenience during this essential trial of coastal flood prevention systems.

In addition, the Council will provide updates on the OIC_Roads Twitter feed when the flood defences are – or are likely to be – deployed.

The OIC_Roads Twitter feed also provides updates when the Churchill Barriers are closed, or when closure of the barriers is under consideration.